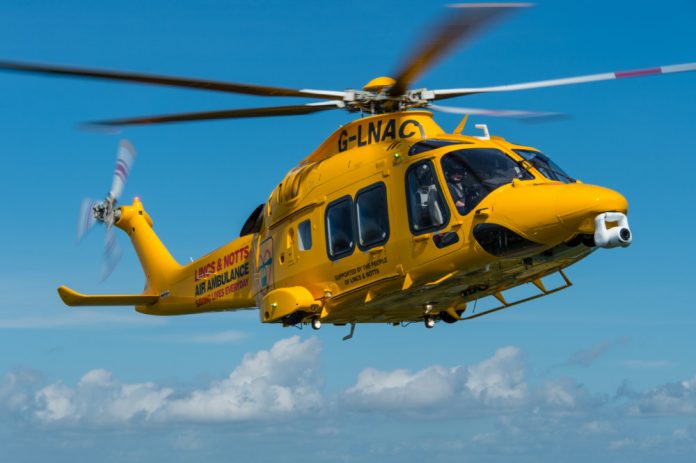 The crew at Lincs & Notts Air Ambulance have seen one of their busiest days of the year so far after they were dispatched and flew to a total of five potentially life-threatening incidents in just twelve hours.

Our two pilots, along with two doctors and our paramedic were all on hand between the hours of 7.00am – 7.00pm yesterday (Tuesday 19 March) to provide critical pre-hospital treatment to those in need across Lincolnshire & Nottinghamshire.

The first emergency call of the day came in just after 7.40am, where our crew were called out to assist at a medical emergency in Mansfield in Nottinghamshire.

There was no time to spare as just 4 minutes after arriving back at the Lincs & Notts Air Ambulance airbase, the next call of the day came in. The crew was immediately dispatched to Scunthorpe in North Lincolnshire, where they arrived on scene in just 15 minutes and treated a patient directly on scene.

After arriving back at base, the crew had just 1 hour to debrief, replenish their kit, refuel the helicopter and have a much-needed cup of tea before they were called out to another medical emergency – this time in Sutton Bridge near Spalding.

Whilst overhead, the crew were re-tasked to a mission in Caistor near Market Rasen. The clinical team headed straight to the scene, where they provided pre-hospital treatment to the patient before airlifting them direct to Lincoln County Hospital.

Shortly after their arrival at Lincoln County Hospital, the crew were called out to a major trauma incident near Coningsby. The pilots, doctors and paramedic immediately sprang into action and arrived on the scene in just 17 minutes. After stabilizing the patient, the team airlifted him straight to Queens Medical Centre in Nottingham. The crew returned back to base shortly before 5.00pm.

The Lincs & Notts Air Ambulance, which celebrates its 25th Anniversary this year, transports the equivalent of a hospital A&E department to people suffering from the most serious of illnesses and devastating injuries, providing the very best treatment directly to the scene of an incident.

“At a time when every second counts, the arrival of our crew and iconic yellow helicopter can really make a huge difference. Our clinical crew are able to deliver potentially life-saving interventions, which can give patients the valuable time they need to get to hospital.

“The speed at which our aircraft can get to patients, along with the advanced critical care that our crew can provide on board our Ambucopter, gives our patients the very best chance of survival during their greatest hour of need.”

Visit the website to find out more or to make a donation. 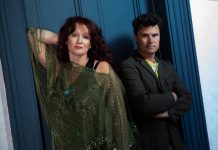 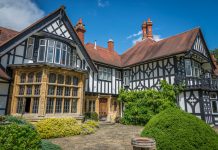