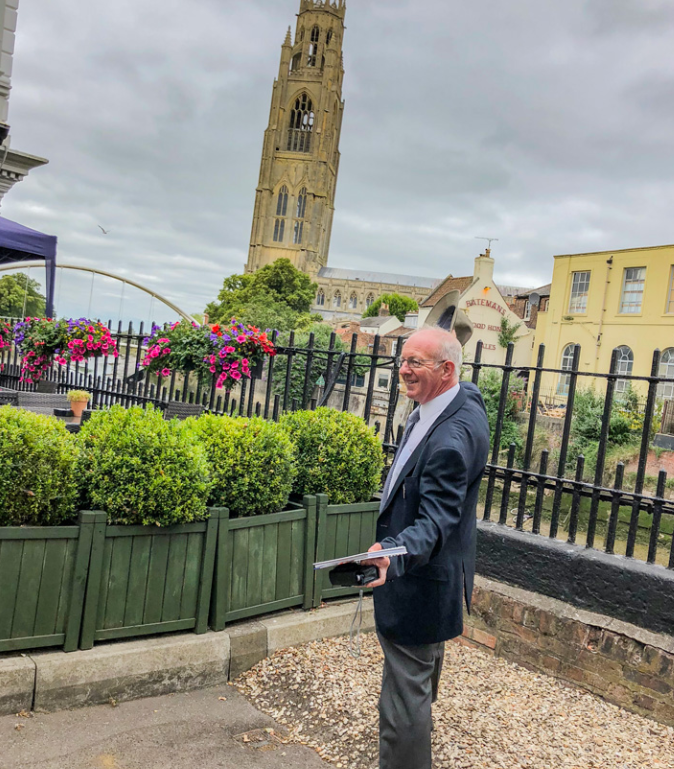 Boston has received a golden accolade from the organisers of East Midlands in Bloom.

It has been asked to be the sole representative for the entire region at the national 2019 Britain in Bloom awards.

The request from the East Midlands in Bloom management team follows this summer’s success when Boston scored its fourth consecutive gold medal.

The team told the Boston in Bloom committee: “It is a great honour for any group to receive this nomination and we feel that the progress you have shown over the last few years deserves this recognition.”

The town will be judged as normal in July for the regional award and then again at the beginning of August for the national award.

Boston in Bloom chairman Alison Fairman said: “This has been a wonderful year for Boston in Bloom and the hard-working volunteers who got us this far. I am proud of all the work that has been undertaken, not only by our volunteers but the contributions that the council parks and grounds team and BTAC have made. The support from our sponsors has been vital to this success.”

The art deco garden in Central Park was awarded the prize for best new permanent landscape and the floral piano and soldier display in the Stump grounds received the best First World War award.

Willoughby Road Allotment Association received the It’s Your Neighbourhood Award and the judges’ award went to the garden volunteers at Fydell House.

Boston in Bloom has also been shortlisted in the Boston Standard Business Awards in the Community business environmental achievement awards section.