Peek inside this quirky cottage

Set in the beautiful village of Harmston, to the south of Lincoln, Pear Tree Cottage is a character home offering modern living amongst original features. Its owners were initially drawn to the property’s “glorious” garden, which gets the sun all day long, and its quirkiness, as a cottage of two halves, with each having its own master bedroom and one acting as a guest wing. 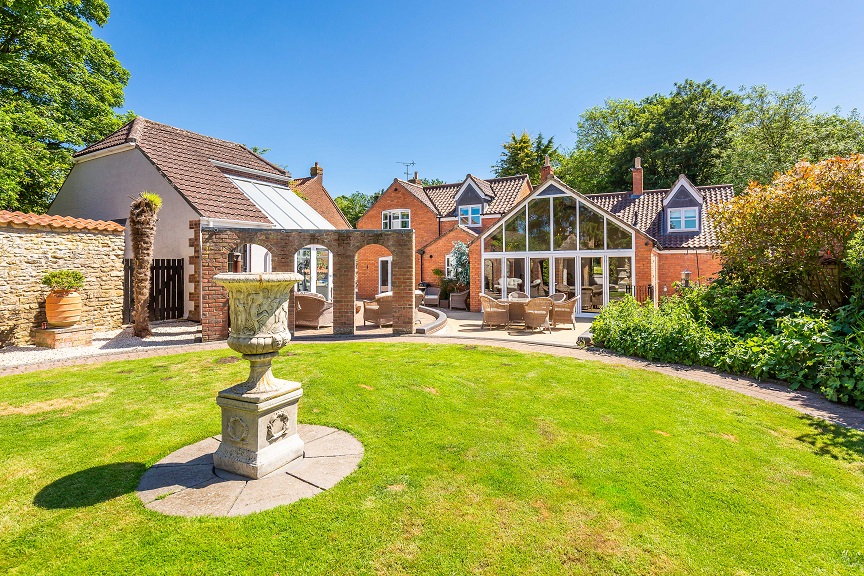 Though Sonia and her husband-to-be have only been at the property a short while, they have used that time wisely, truly making the house their own. The couple have completed a fair amount of work, remodelling the downstairs space which now holds an open plan living kitchen, building on major work done by the home’s previous owner. Sonia said: “We opened up the kitchen to allow for more flexible living, and we changed the floors, replenished all of the windows at the front of the house, replaced doors and completely redecorated throughout.” 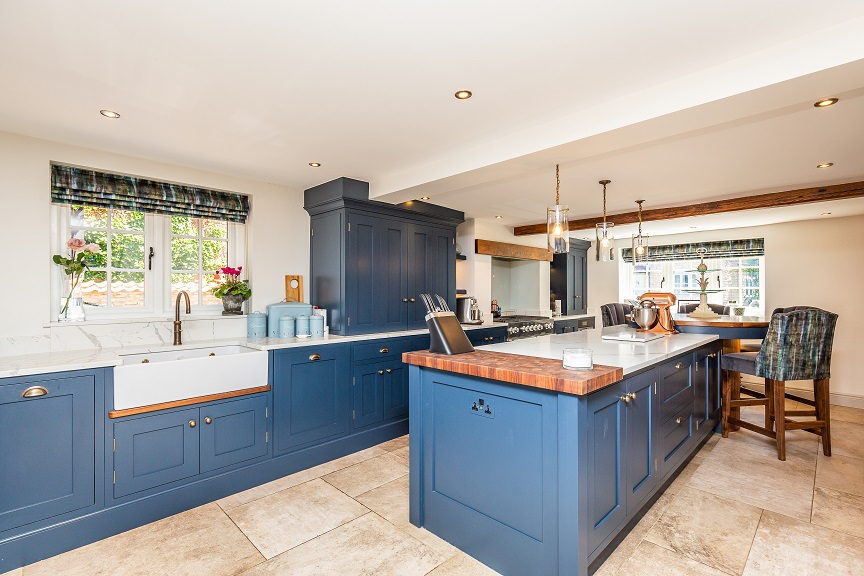 Taking a tour of the abode, one will step into the entrance hall. To the right is the open plan living kitchen, Sonia’s favourite room in the home. The bespoke Krantz kitchen incorporates a combination of Quartz and walnut work tops, a Belfast sink, butler’s pantry, and a range of appliances including a professional mercury cooking range and a variety of Neff and Miele appliances. While through bi-fold doors one can embrace the rear courtyard, the room also leads to a boot room, WC, and a utility room. 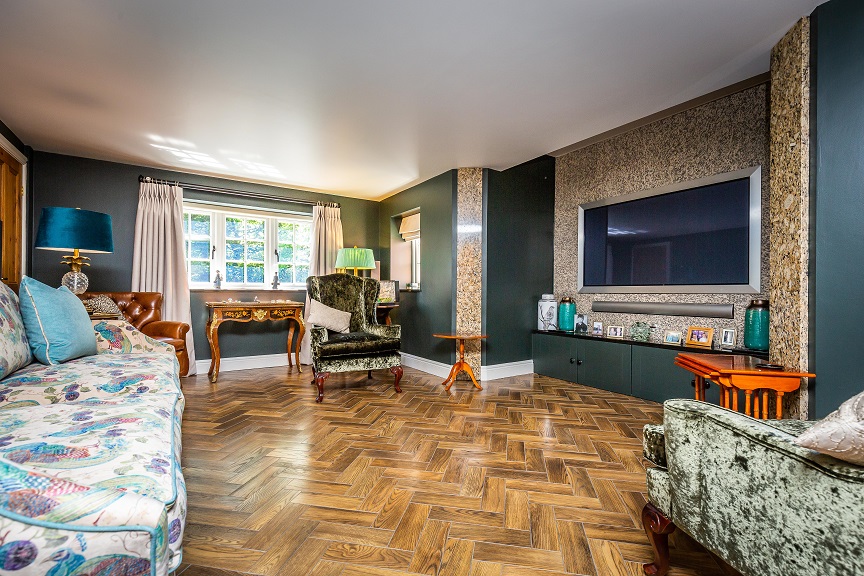 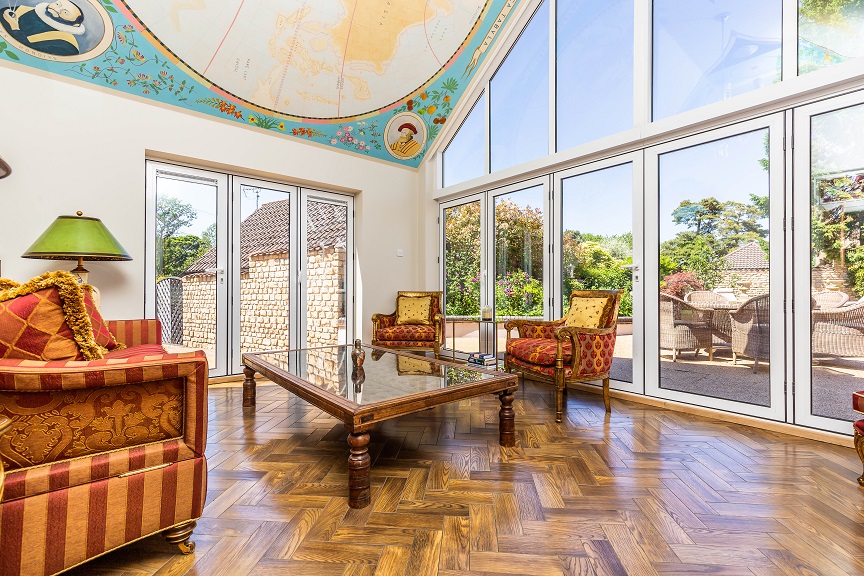 Moving through to the inner hallway, one will find a shower room and the garden room at the rear of the property which hosts a vaulted ceiling that displays a map of the world, exquisitely hand painted by someone in the village, as well as floor to ceiling windows and two sets of bi-fold doors. “I love to sit in the garden room in the evening or first thing in the morning. It’s just beautiful.” Sonia said. “We had a giant tree in there at Christmas. The room was stunning.” 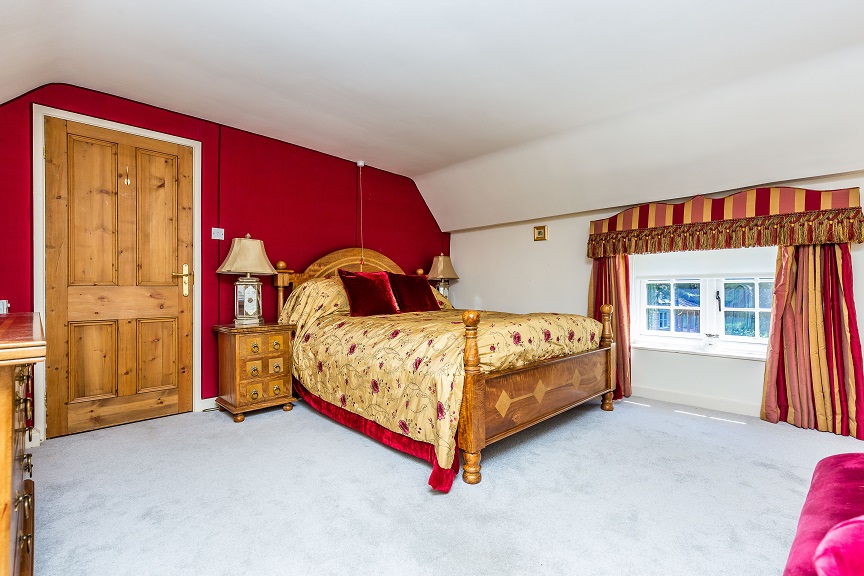 The inner hallway also holds stairs ascending to the useful guest wing – with its dressing area and luxury en-suite bathroom with granite surrounds – and mezzanine level with a study area. “As my husband-to-be has worked from home a little bit over the past year, the mezzanine area has provided a great place to work from without feeling completely isolated,” Sonia noted. 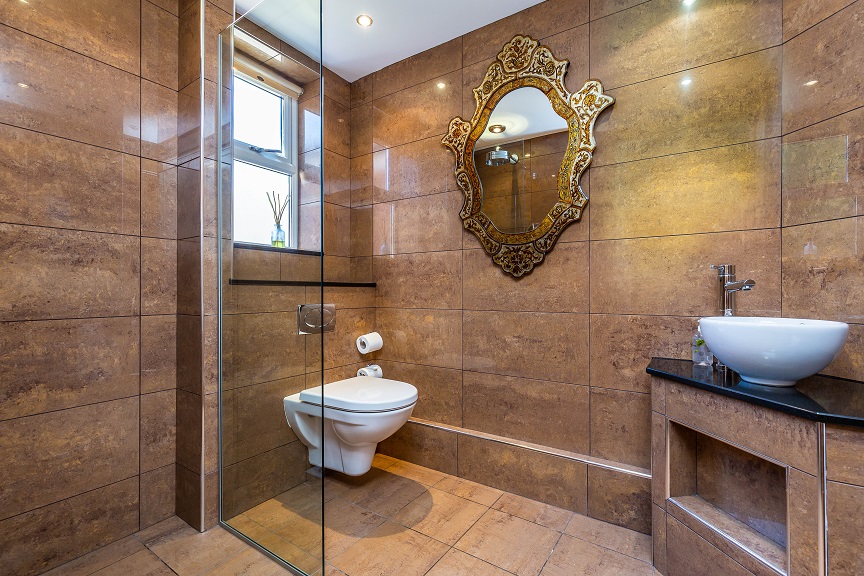 The main first floor accommodation can be accessed via a staircase in the boot room, offering a master bedroom suite with an en-suite shower room. A dressing room with fitted wardrobes can also be found, as well as two further bedrooms and a family bathroom. 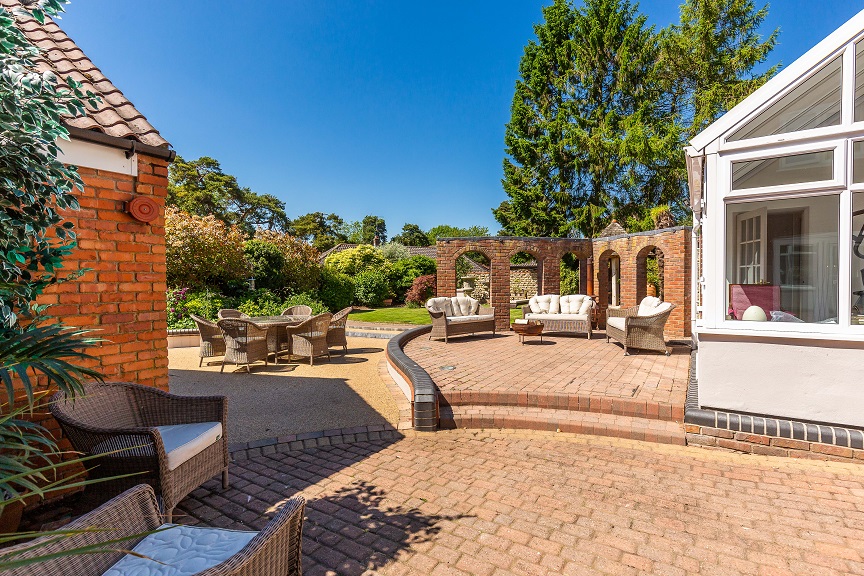 Outside, the property has electric gates, which have been great for the owners as they have four dogs. These lead to a courtyard, sun terrace and lawned gardens. One will discover intriguing arches, a variety of shrubs, gorgeous old roses, a Japanese acer, and fruit trees, including an apple tree and unsurprisingly, with the cottage’s name, a pear tree.

“Pictures never seem to do the garden justice,” Sonia said. “There’s some really nice features and it’s been well thought out. There’s all year colour, so you’re never looking out on nothing, and the perfect area to while away the hours if you don’t want to be in the sunshine, with a little roofed spot and its swing seat.” 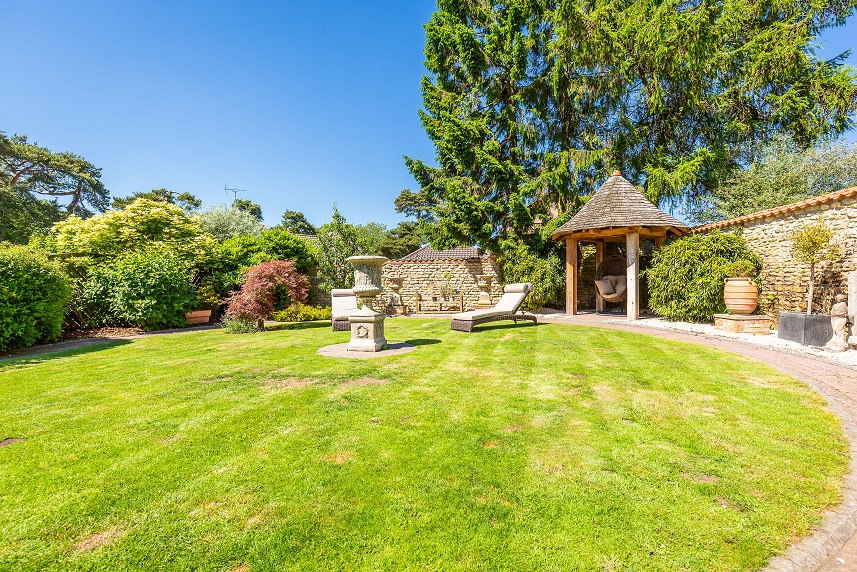 The driveway presents plenty of space for parking and gives access to the air-conditioned double garage, which has an office above, gym to the side, and a WC. Sonia noted: “If you wanted to run a business from home, this is a really good space. You could even have a waiting room downstairs for clients coming in and out, which would be useful particularly if you were providing some form of treatment or therapy.”

Despite loving the property, Sonia and her husband-to-be are now selling. “We thought we would never move again, and I will be really, really sad to leave,” Sonia said. “There’s nothing about the house we don’t like, but we’re going to the other side of Lincoln as Craig has been tempted back out of retirement and the move will take a good 45 minutes off of his commute.” Pear Tree Cottage is on the market with Mundys for £925,000.

Just click here to subscribe and in the meantime may I wish you the very best.
Previous articleHow to easily maintain your garden
Next articleCould you part exchange your property for an easy house move?
Advertisment

Rapunzel - the ‘Tangled’ Panto at The Drill is Lincoln’s cheapest panto this Christmas. A family ticket for two adults and two children is a...

HSH Coldstores has been awarded a £5m government grant as part of the Seafood Infrastructure Fund. The grant is to support the construction of...

Charities will be under increased strain this winter as a new poll of 67,000 people shows two in five UK residents are more likely...

A Scunthorpe-based mouth and foot painting artist has had two of his paintings chosen to be sold as Christmas cards this year. Jon Clayton's designs,...