Step inside this homely country retreat

Described as a homely country retreat, Eve House is a unique Grade II Listed property in Reepham, just outside of Lincoln.

The property has been completely renovated by its owners, who were initially drawn to the sheer amount of space provided.

“It was empty for 4 years before we got it and we’ve renovated the entire property inside and out, overhauling the gardens, and completing all the standard projects inside – new bathroom and kitchen, redecorating everything from ceiling to floor.” Despite this, the property retains its history, and is covered in period features, from servant’s bells to beams, to Victorian window seats. 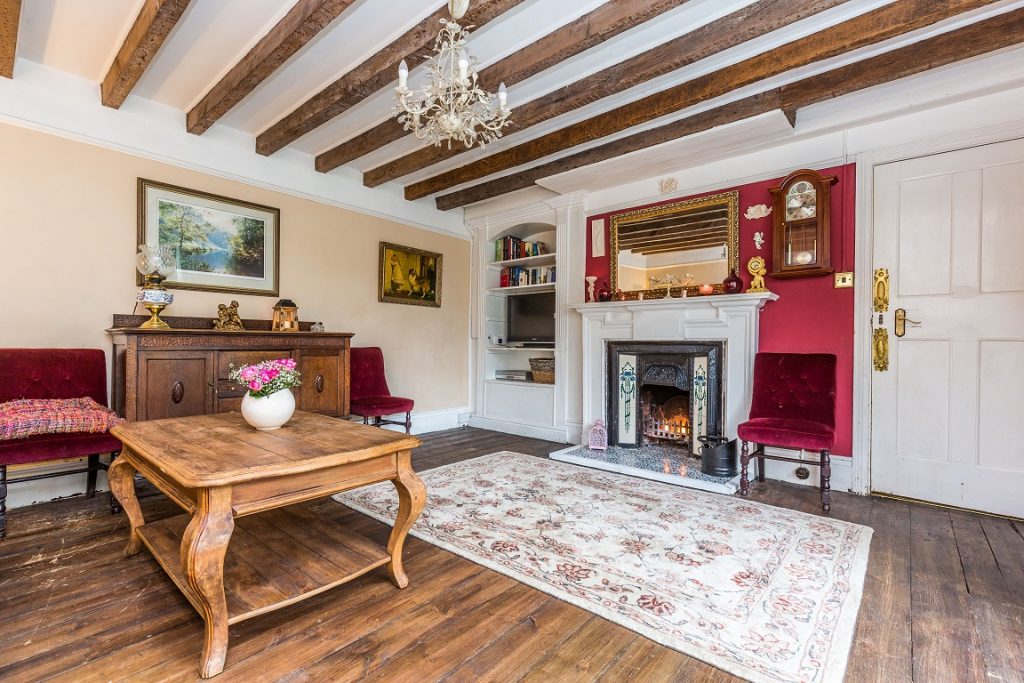 A well organised property, there are designated areas for everything you could want. Stepping into the reception hall, one is greeted by mosaic tile flooring, two circular windows, and stairs up to the first floor landing. One can also step down to a cloaks area built in church relic which came from the Bardney Abbey Ruins, and which has beams to the ceiling.

To the left of the hall is the drawing room, hosting a walk-in bay window with Victorian window seat housing the original under floor central heating system, and an open fireplace with decorative surround and brick hearth. Currently used as a family room, the drawing room also acts as a library and playroom. To the right of the hall is the sitting room, which also holds a walk-in bay window and is noted as the abode’s very best room. “You have the open fire, timber beams, and the original Victorian seating in front of the window, plus it’s nice and sunny in there,” the owner said. 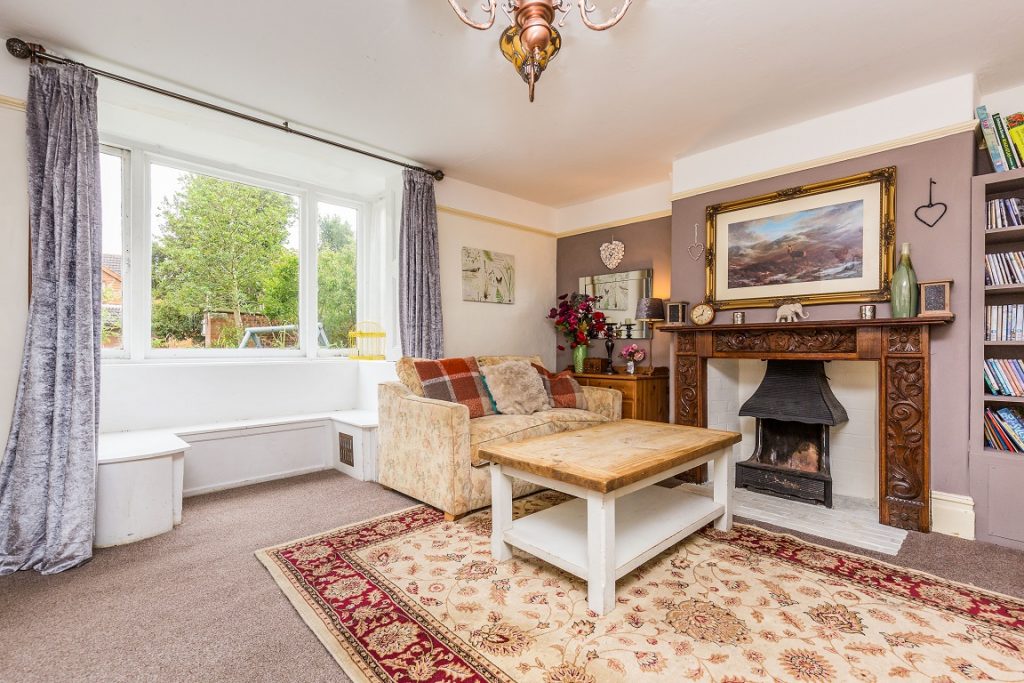 Off of the sitting room is the dining room, highlighted as the centrepiece of the house, which features double doors that open up the room to a lovely covered patio seating area to the front of the property with a mature grape vine atop, planted in the 1930s. Connecting is the kitchen with access to a spacious utility room and stairs up to the bathroom. 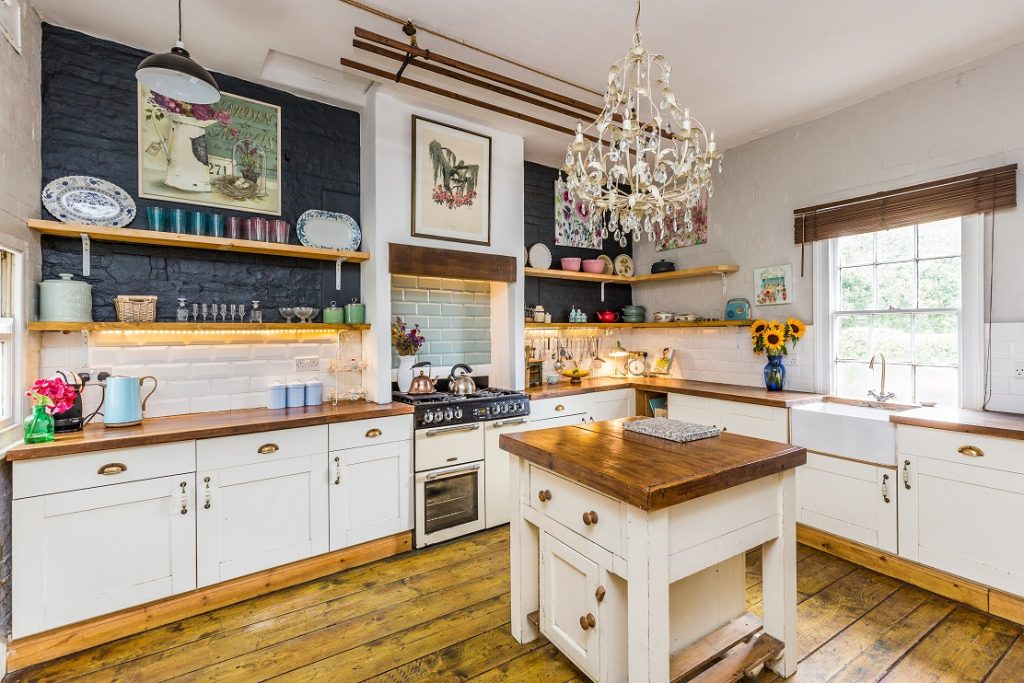 The kitchen is fitted with a range of base units and drawers with wooden work surfaces over, a ceramic sink and drainer, space for a Range Cooker, dishwasher, wall mounted units with complementary tiling below and a cast iron radiator. The utility room meanwhile hosts floor to ceiling stone wall from Bardney Abbey Ruins, an original “hidey-hole”, and a door to the rear hall, from which the first floor landing, cloaks area, and pantry can be reached. The large pantry certainly shouldn’t be overlooked, with features including original full sized tiled cold slab, original meat hooks, space for a chest freezer and window to the side with fly screens. 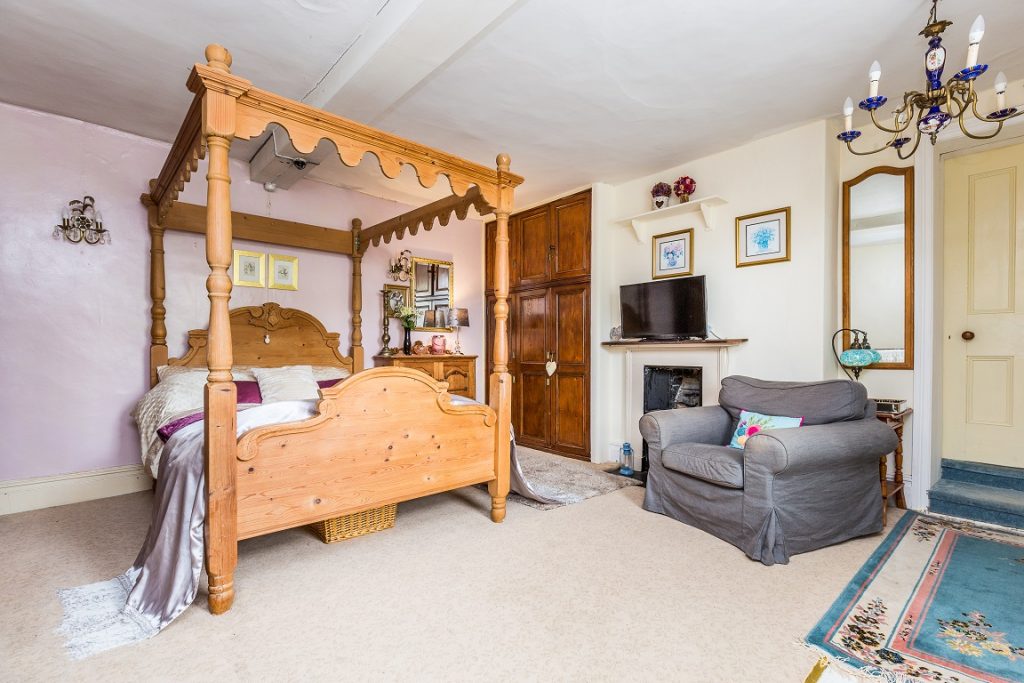 Travelling upstairs, across the first and second floor, six bedrooms can be found, along with a bathroom and WC. Focusing on the master bedroom, on the first floor, a decorative fireplace awaits, alongside fitted cupboards and an ensuite with a standalone bath with mosaic tiled flooring underneath, a separate shower, ‘His and Hers’ sinks with mixer taps and feature vanity unit, and fitted wardrobes. One should also make note of the picture gothic-style window on the second floor and lancet doors. The house has also retained its original servants’ quarters. 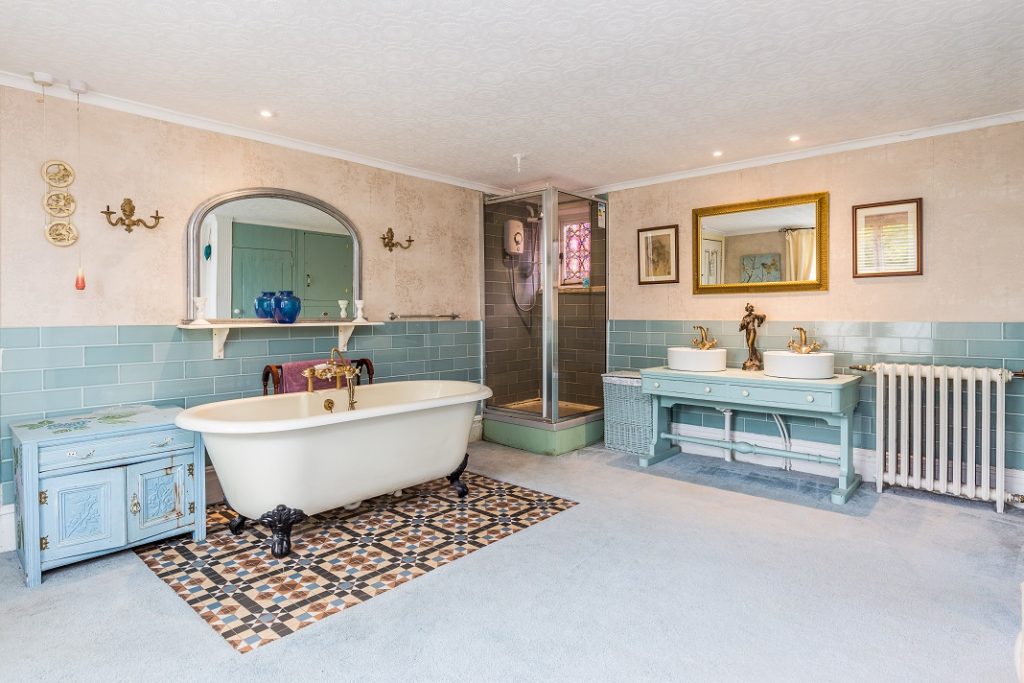 Moving outside the home, impressive gardens can be discovered with many different areas. Up front there is a wrought iron fence and welcoming path to the front door with box hedging. The property also has cottage-style planted gardens, an extensive rose garden, and gated access and a well lawned garden with mature shrubs and trees to the rear.

There are also two barns on the property, one of which has its original hay loft while the other has 20ft vaulted ceilings, workshop space, an original Victorian laundry room with original built-in laundry system, two garages with rooms above, and a coal shed. 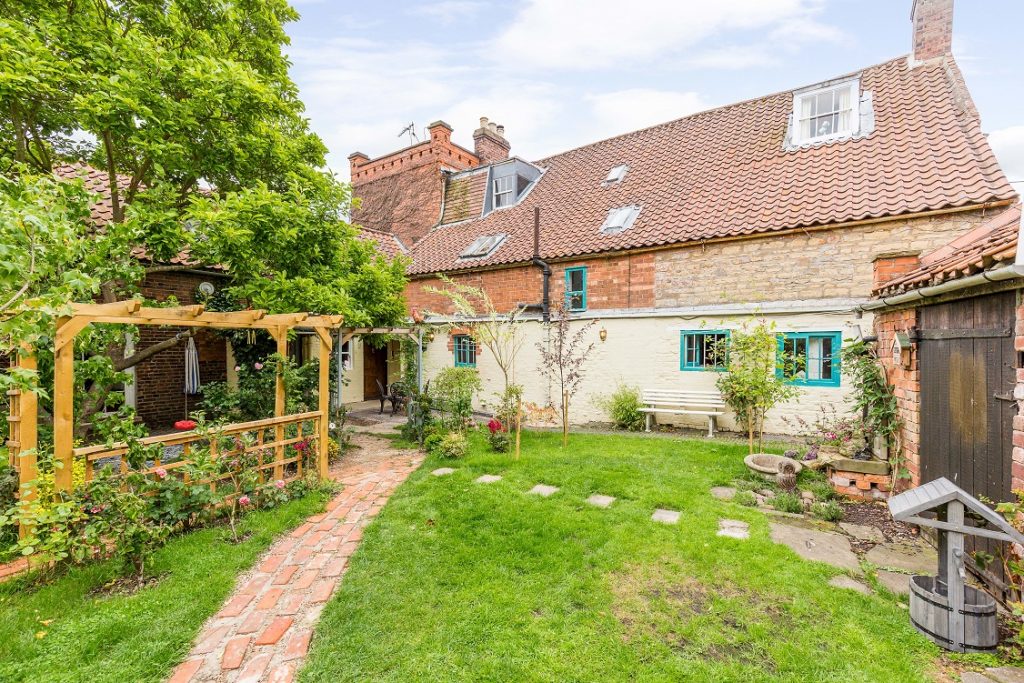 Having lived at the property for four years, the owners are now looking to sell. Eve House is on the market with Mundys for £585,000.

See this piece in full in the October edition of Lincolnshire Today here.

Just click here to subscribe and in the meantime may I wish you the very best.
Previous articleThe Ship Inn re-opens under new owners at Barnoldby-Le-Beck
Next articleHow to make your Airbnb stand out from the rest
Advertisment

The number of Coronavirus cases in Greater Lincolnshire has increased by 3,708 in the past week. This is in comparison to 4,111 new instances...
Read more

Come shake a tail feather with the UK’s original, award-winning Tina Turner tribute – aka Justine Riddoch and her talented cast - when they...
Read more

Jaylaurs – one-stop sewing shop and pillar of the community

Jaylaurs Sewing Studios is a long-established sewing and haberdashery business that offers a one-stop shop for sewing. Located on Wrawby Street in Brigg, the beloved...
Read more

Over £200,000 secured for eco-projects along River Rase