Step inside this modern masterpiece

Placed in Skellingthorpe, just a stone’s throw away from Lincoln and four miles west of the historic Cathedral, this detached property has been altered and extended significantly.

Its owners initially came across the abode while in search of a project, after being based in the area for twelve years. They have now lived at the home for three years. “We saw the house and realised straight away how much we could do with it,” the owners said. “It was in desperate need of modernisation and has now been completely revamped. It’s undergone a dramatic change.” 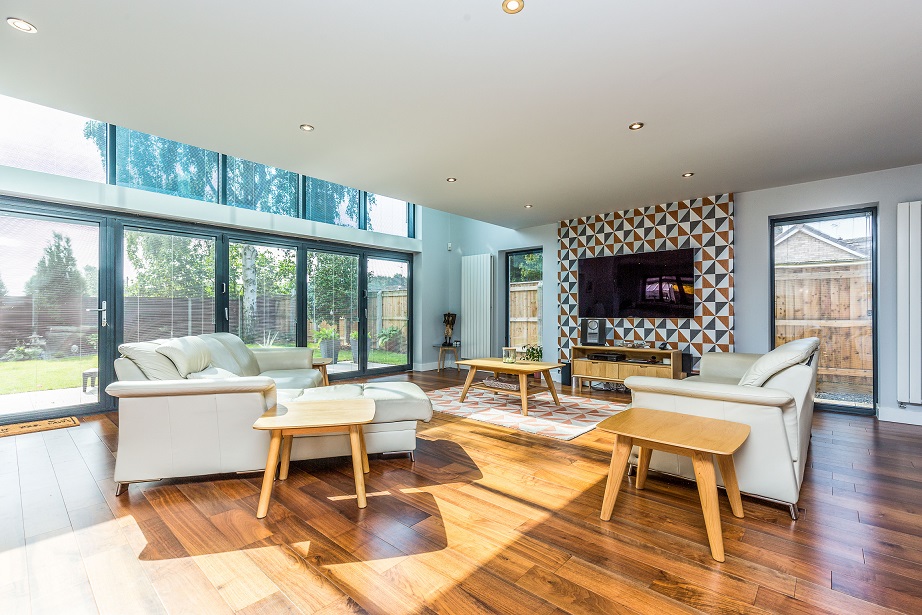 The work on the home saw the majority of the house knocked down and a full extension placed to one side, creating something almost unrecognisable.

If taking a tour of the home, one will begin by stepping into the main reception hall and will notice the solid oak staircase. To the left is a study/bedroom, while straight ahead is the lounge and an open plan kitchen/living/dining area. The spacious lounge, the owners’ favourite room in the house, hosts a feature fireplace with a Contura Wood Burner and large bi-folding doors, which are a delight to open up. “It’s just like being sat outside,” the owners noted. 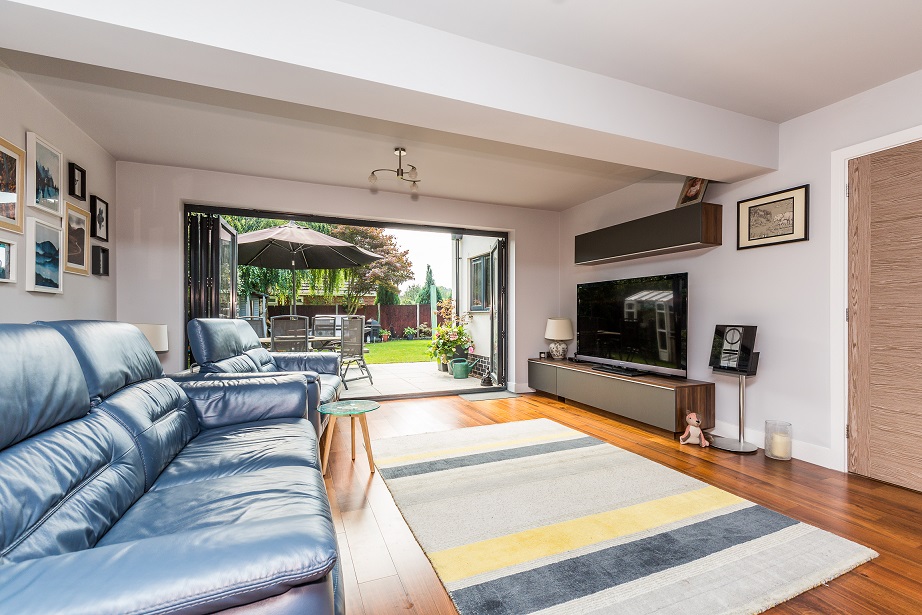 Moving into the kitchen one will see a range of Schuller glass fronted kitchen units, a central island with large drawers and units below, quartz work surfaces, a NEFF induction hob and central extractor fan, integral NEFF ovens and steam ovens, an integral fridge and dishwasher, sink unit and drainer. While the kitchen portion of the open plan space utilises tiled floors, the living and dining area features American walnut wood flooring. The kitchen/living/dining room, off of which one will find a utility room and W/C, can also be introduced to the outside via bi-folding doors. 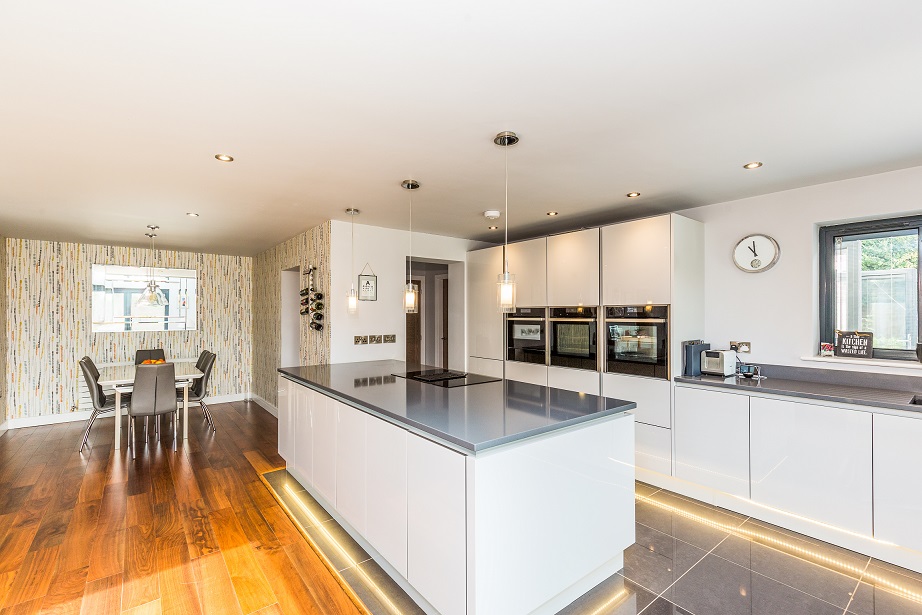 The first floor holds four bedrooms, two of which have an en-suite and dressing area, one of those being the master. The master bedroom presents a feature high vaulted ceiling, four velux windows, internal feature windows, a dressing area with fitted hanging rails and shelving, a mezzanine balcony area and an en-suite shower room, a key aspect of which is the walk-in shower area with a rainfall showerhead. A family bathroom can also be found upstairs. 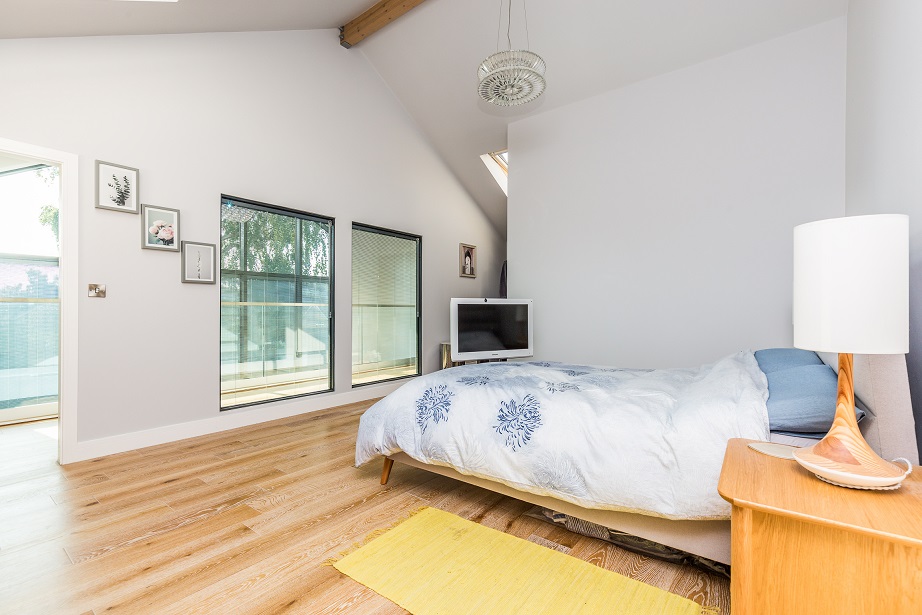 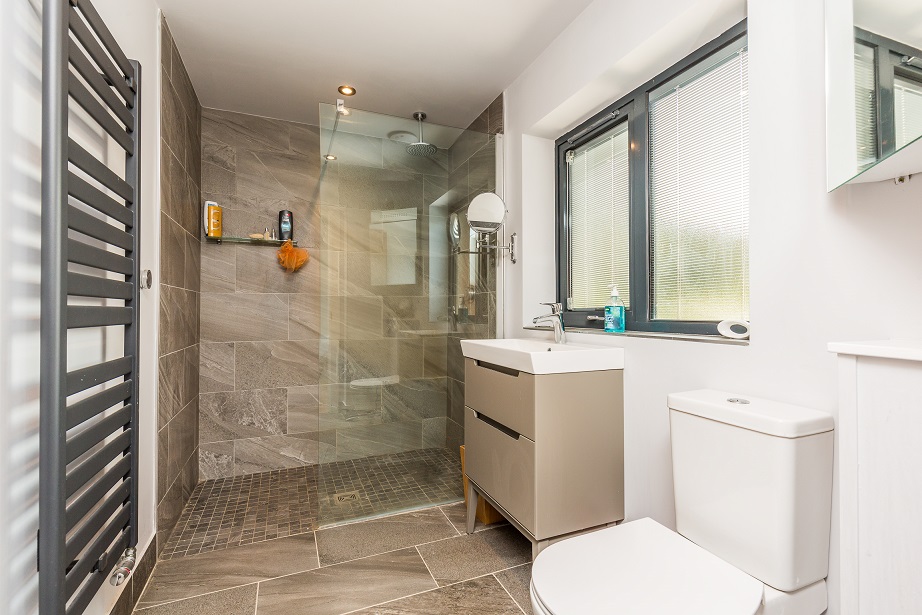 Outside of the house there is a driveway for off-road parking, which gives access to an integral double garage with an electric up and over door. Meanwhile, in the rear garden one will see a large patio area, a lawned area, a variety of mature trees, a protected birch tree, shrubs, and a summer house.

While they love the home and its peaceful yet well connected location near to Lincoln City Centre, the owners are now selling. The modern property is now on the market with Mundys for £615,000.

See this piece in full in the August edition of Lincolnshire Today.

Just click here to subscribe and in the meantime may I wish you the very best.
Previous articleConstruction begins on new homes near Grantham
Next articleGainsborough to host Continental Street Market over bank holiday weekend
Advertisment

O’Brien’s Opticians remains open for all your eyewear needs

O’Brien’s Opticians in Brigg remains open for eye examinations and all your eyewear needs. Moreover, the opticians, based on Wrawby Street, is also accepting new...
Read more

Lincolnshire is to receive almost £650m in 2020/21 for the education of children and young people – with an increase of £18m in the...
Read more

A major Covid-19 testing programme has gone live in Boston Borough today (18 January) for people without symptoms of the virus. All residents over the...
Read more

The number of Coronavirus cases across the county grew by 2,383 over the past seven days, seeing the total number of cases across Greater...
Read more

Two ancient human skeletons have been found on sites in Lincolnshire being prepared by Anglian Water for new large-scale water pipelines. Both sets of bones,...
Read more