Step inside this pristine barn conversion

In the centre of Skillington one will find an immaculate, refurbished barn conversion with an enclosed, sheltered, walled garden.

Having lived at the property for eight years, the owners were initially drawn to its potential: “When we saw the house there were a number of things that we didn’t like, but we saw the potential of it. We did some work before we moved in and then a year or so ago we changed the kitchen. We’ve moved the downstairs toilet and made the hall slightly different, put a utility in, amongst other things.”

Altering the layout, the home is brighter and better suited to modern living and blends traditional and modern features well. Thick walls feature exposed stone, structural beams can be seen overhead, and the property rather unusually houses three staircases – in its entrance halls and “end lounge.” 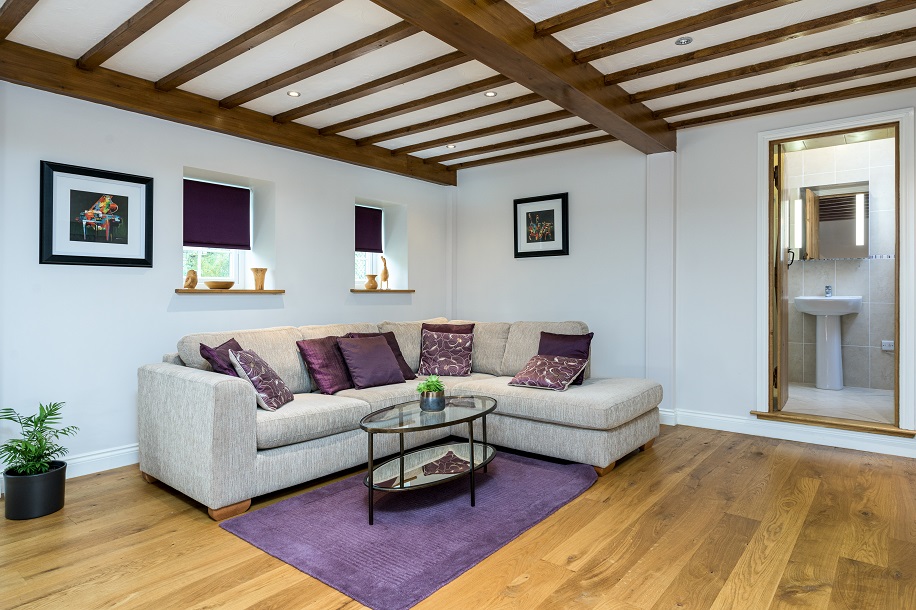 Starting at the right-hand side of the home, stepping into the property from either of its entrance halls, one can reach the blue kitchen, the owners’ favourite room in the home. The kitchen has been transformed by taking a wall down, allowing you to see out into the square and creating much more space. 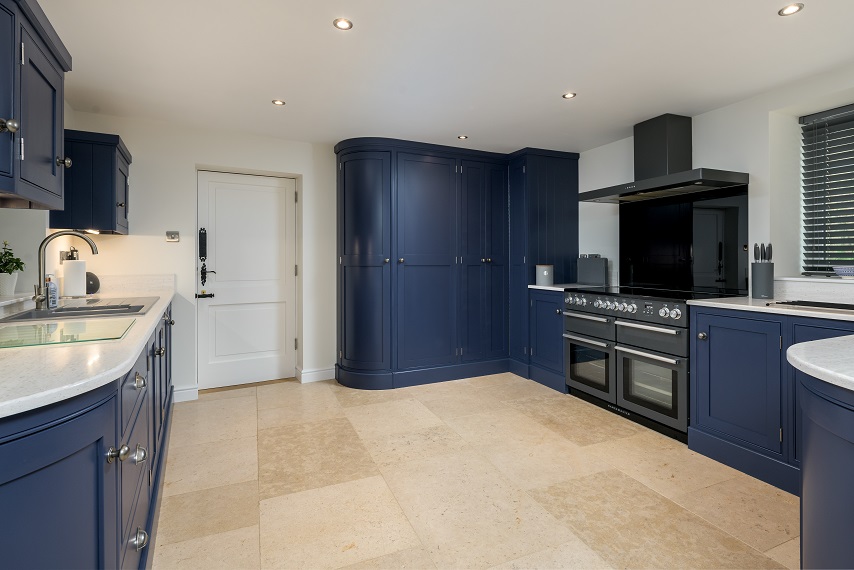 Recently fit, the triple aspect kitchen features new bespoke, classic units with Minerva worktops, a Rangemaster cooker with double ovens and an induction hob, a Neff dishwasher, and a Neff larder fridge. There is also plenty of room for a breakfast table at one end. The kitchen’s tumbled limestone floor flows into the adjoining utility room – fitted with the same units and featuring an AEG washing machine and another sink – one of the two entrance halls, and a cloakroom. A dual aspect, carpeted sitting room can also be found on the right-hand side of the abode, with a bay window, and new limestone fireplace by Uppingham Stone holding a log burner. 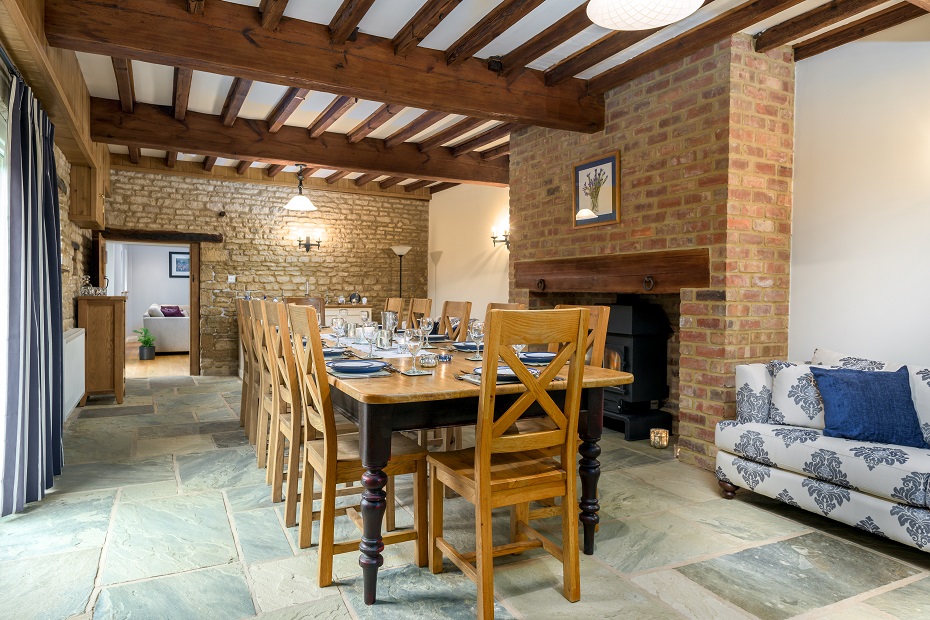 Travelling back over to the left side of the house one will discover the dining room with a flagstone floor and a cosy log burner. French doors open the room up to the gravelled drive which can accommodate up to six cars.

From here one can find a further reception room with an engineered oak floor with underfloor heating that continues through a shower room next door. With plenty of potential remaining at the property, this space could become part of a separate annex, holding its own set of stairs leading to a double bedroom above and providing access outside through French doors onto the terrace, garden, and drive. 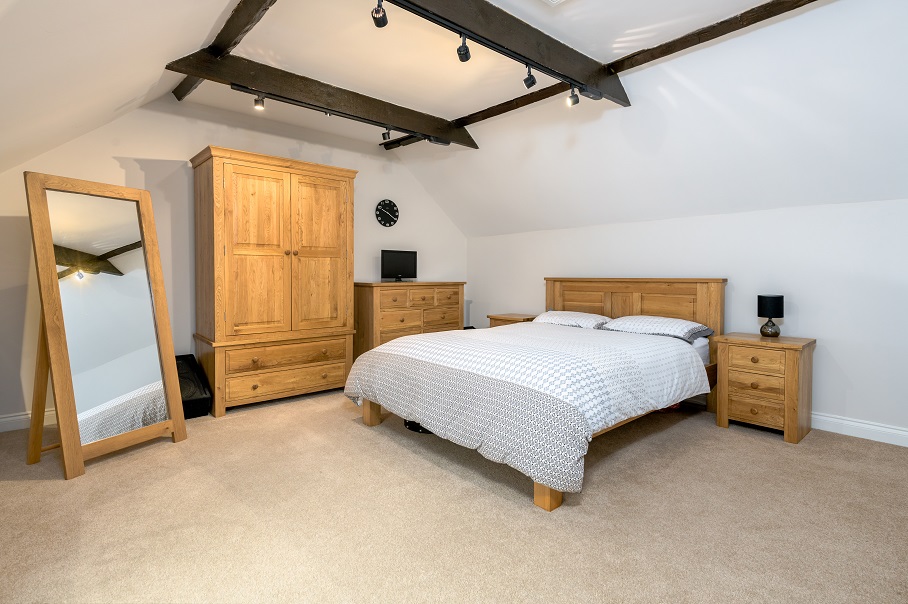 Upstairs, six bedrooms, two en suites and a family bathroom can be found occupying part of the roof space, hosting dormer windows and vaulted ceilings. The master bedroom adjoins a spacious dressing room and a shower room with a Grohe lavatory and washbasin and a Clearwater shower.

The property’s current owners have worked to make the upstairs layout flow much better, knocking through so that rooms sensibly connect with each other and so you no longer have to go up and down stairs to reach different parts of the house. A split level, newly fitted Jack and Jill bathroom, replacing what was originally a kitchenette, can be reached from both landings at the top of the two main staircases ascending from the entrance halls. 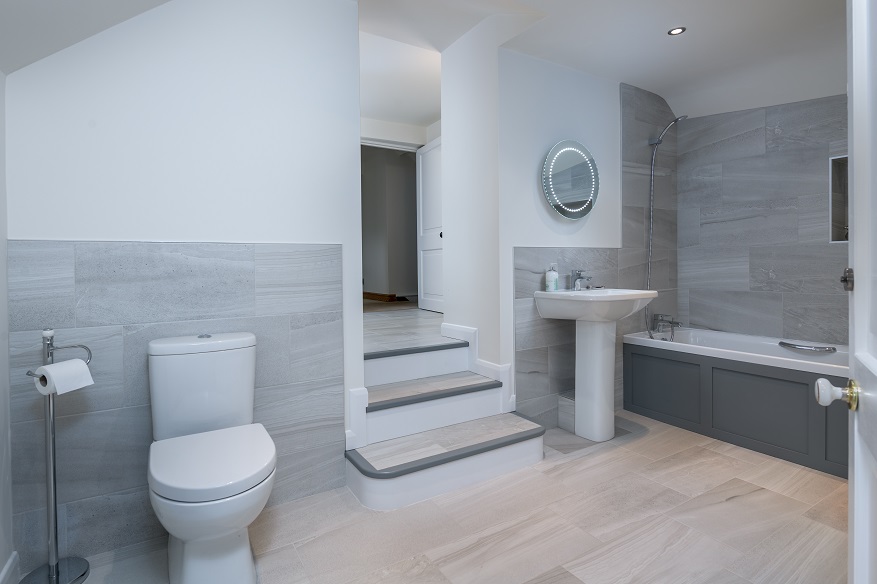 Outside, through metal gates is a south facing garden and gravelled drive. Brick terracing borders the barn while a lawn and patio terrace are enclosed by stone walls, providing shaded and sunny areas. Beds are filled with colourful perennials and shrubs and one will also find a stone shed, a small room with a sink and outside lavatory. 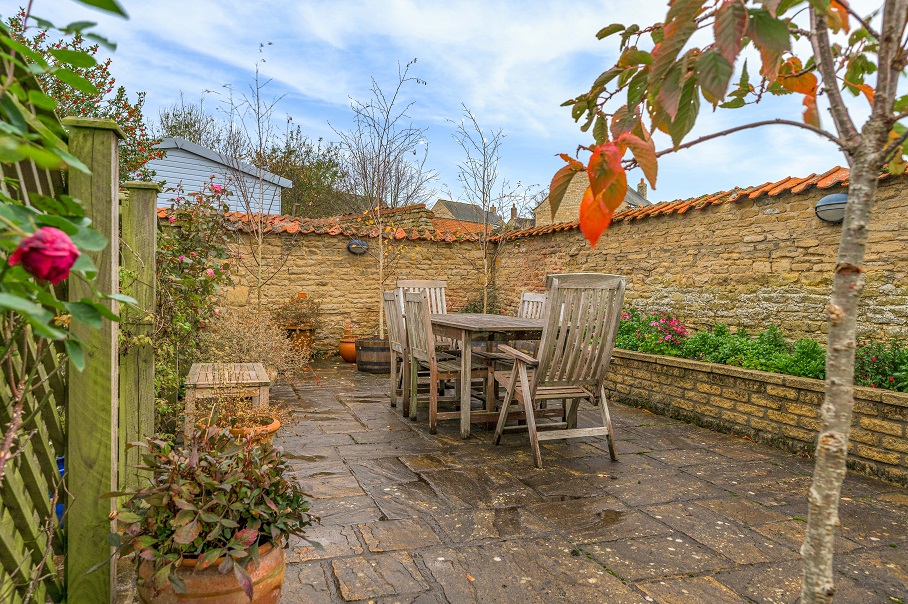 Following their eight years at the home, the owners are now looking to move. They said: “It’s simply too big for us now. Most of the time there is just two of us, so we want to downsize.” Shepherds Barn is now on the market with Fine & Country for £750,000.

See this piece in full in the February edition of Lincolnshire Today. 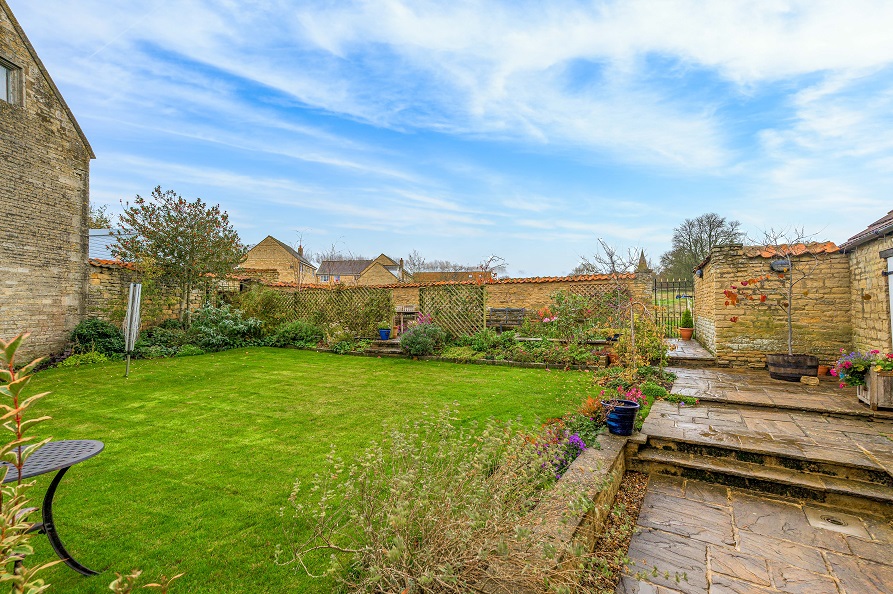 Just click here to subscribe and in the meantime may I wish you the very best.
Previous articleScunthorpe care home sold
Next articleConstruction begins on new phase at business park near Lincoln
Advertisment

A woman who stole more than £1.7 million from the company she worked for has been sentenced to five years in prison for fraud,...
Read more

Tired of working for someone else? Explore these career paths!

If you’ve spent years in the same mundane job or you’ve lost passion for the current path you’re on, why not use this time...
Read more

A fresh home for Grimsby’s Top Town Market, with a new cinema and leisure offer nearby, remains the priority of a multi-million-pound plan to...
Read more

Vulnerable women will be steered away from a life of crime thanks to a government grant which has been awarded to a Lincolnshire charity. Lincolnshire...
Read more