Take a look inside this landmark Lincoln property

A landmark in the community, this 19th century detached home has been transformed by its owners.

Previously owned by the local Bishop Grosseteste University for a significant length of time, the property has been used for a wide range of purposes, from student accommodation, to storage space for a theatre production company and offices. 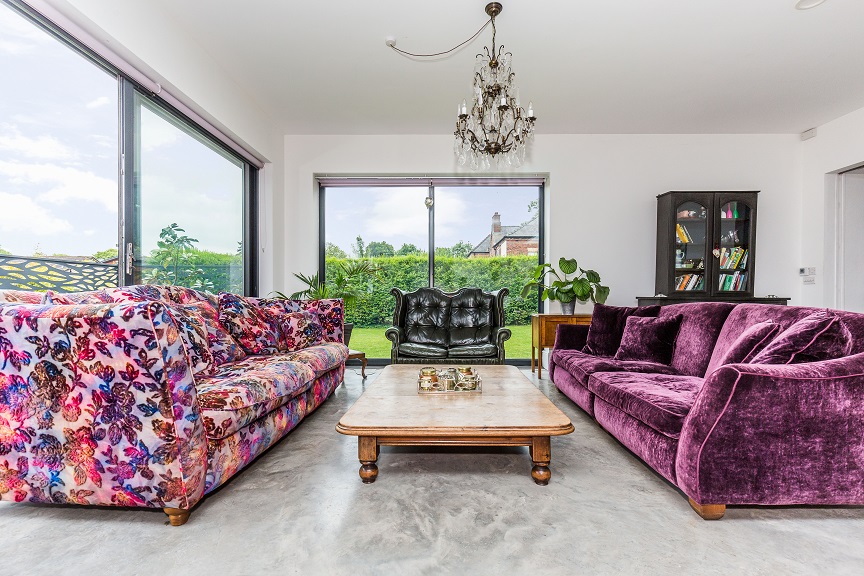 Not simply sold to the highest bidder, the property was put out for tender and the owners had to write to the University, outlining their plans. They noted: “Bishop Grosseteste and Lincoln City Council were very eager for it to go back to a private dwelling, so I think the fact that we were excited to buy it, restore it and live in it ourselves was one of the reasons we were successful when we put a bid forward.”

The family’s work on the property has included two significant extensions, completed in 2014, to create a contemporary single-storey 10m x 7m kitchen/diner/lounge and a double garage, utility room, fifth bedroom and en-suite, presenting first-floor accommodation above the garage. 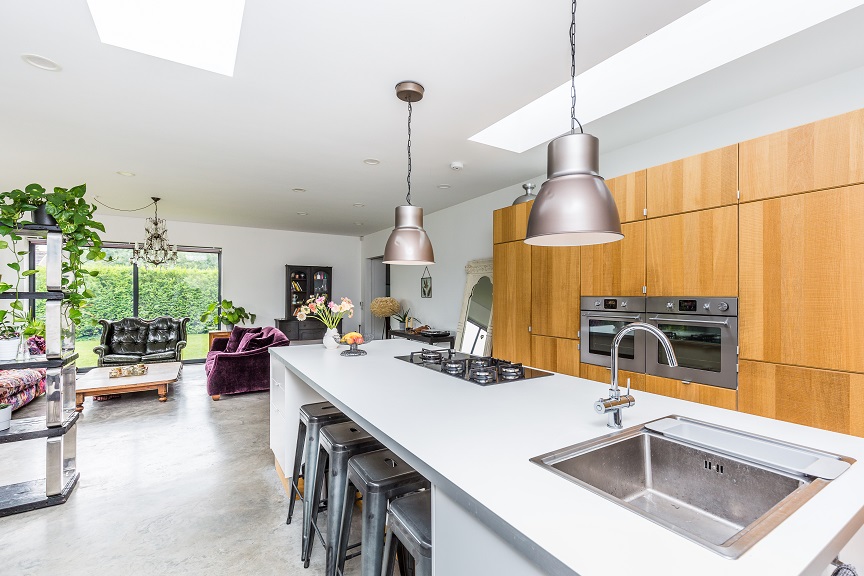 Despite the work to modernise and extend the home, the owners have managed to retain the abode’s original, period features, from ornate ceiling roses, archway detailing and cornices, to Olde English geometric hallway tiles and a stained glass window.

Stepping into the house on a tour, one is welcomed by the entrance hall with polished concrete floors, underfloor heating and an original ceiling rose. To the left one will find a utility room, while the kitchen, where the owners spend nearly all of their time, can be discovered ahead. 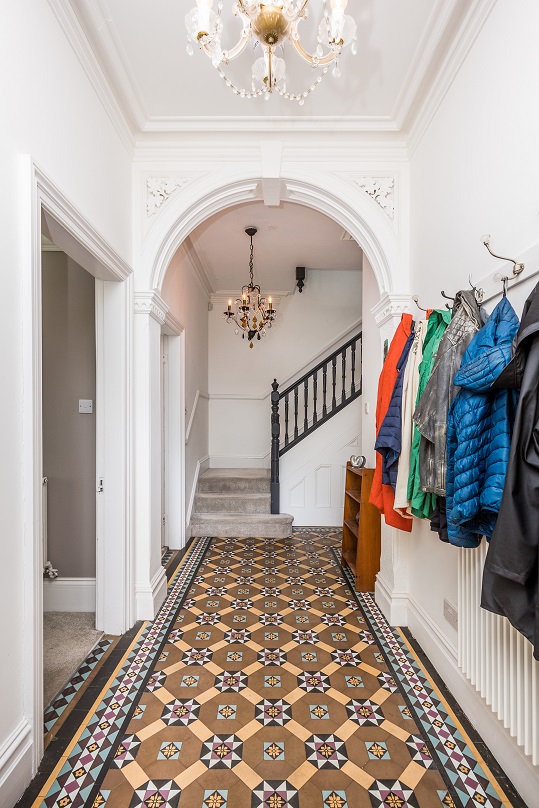 The kitchen features polished concrete floors and a large island containing a five-ring gas hob, stainless steel sink with a boiling water tap, integrated dishwasher, and a pop-up socket, above which are two large glass skylights. Wall mounted units meanwhile host multiple larder units, twin ovens, and an integrated fridge/freezer. The kitchen also holds a breakfast bar with space to seat up to four, an area for a large dining table and a seating area overlooking private gardens which can be accessed through a sliding aluminium door.

Continuing round the house, to the right of the entrance hall is a further hall with original Olde English geometric tiling, off of which is the snug, one of the owner’s favourite rooms due to its ornate ceiling, and the study and dining room which both feature ornate ceiling roses, original coving and picture rails.

Travelling upstairs there are four bedrooms, including the master, which benefits from a dressing room, set within the home’s original turret, and an en-suite with a freestanding roll-top bath, corner shower unit, traditional style basin and toilet and wood effect flooring. Two further three-piece shower rooms can also be seen on this floor. Meanwhile an annex/bedroom five, with an en-suite shower room and velux skylights, can be found over the property’s garage. 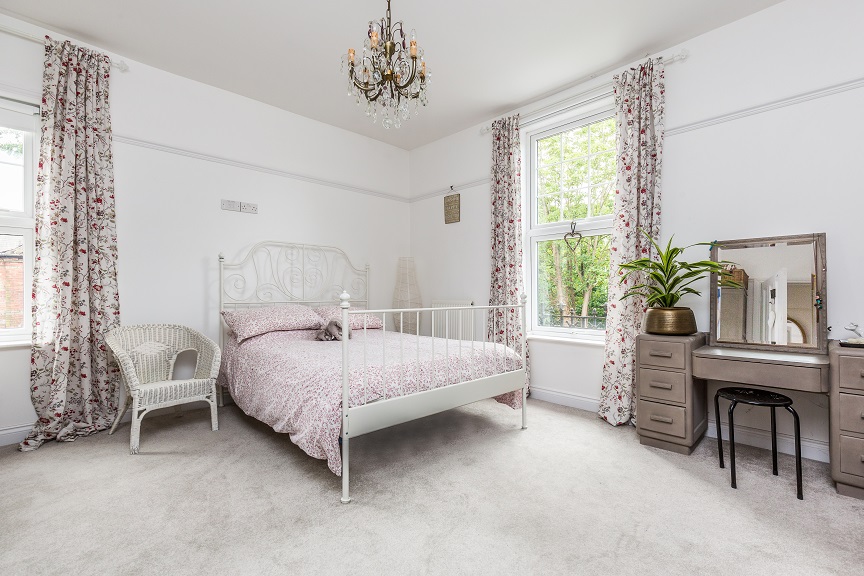 Moving outside, the garden sees sun most of the day, from first thing in the morning until teatime, and hosts a mixture of decking, patio, and lawn. 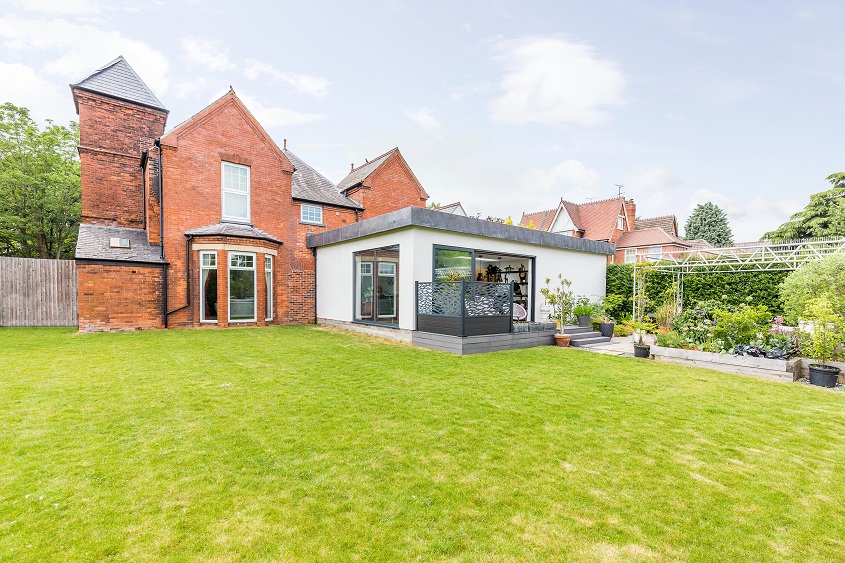 Though the family have put their heart and soul into renovating the property, they are now selling. The property is being marketed by The New Homes Agent, for £725,000.

To view this article in full, visit the September edition of Lincolnshire Today online here.

The Collection Museum has secured £35,000 from the Respond and Reimagine Art Fund grant to help develop more online learning resources. The funding from Art...
Read more

The number of Coronavirus cases across the county has passed 46,000. As of Sunday 24 January, a total of 46,163 cases have been reported across...
Read more

Improvements to Skegness Esplanade put forward by the Connected Coast Board have been started with accelerated funding from the Government. As part of the Towns...
Read more

How to be an amazing best man: our guide

If you have been asked to be a best man for one of your closest friends or a family member, we know what an...
Read more

The team working on the £1.96m restoration of Gainsborough town centre has launched a programme of events for 2021. As well as a series of...
Read more