Take a tour of this homely haven

Rightly described by all who enter as a comfortable, homely, and welcoming house, Sunnyside is a stunning property accompanied by two further dwellings (The Stable and Dacres Lodge) on a prime plot in the village of Brattleby. 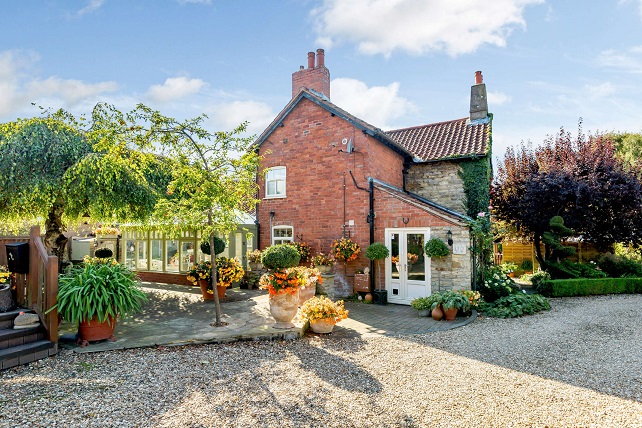 Chris and Jerry were originally attracted to the home’s potential, moving into the property 22 and a half years ago with a vision for its garden and stable block. Chris said: “There was a lot of potential for the garden because there wasn’t very much in it – nobody had done much to it. Meanwhile there was also a ramshackle stable block that we knew could be renovated and turned into a holiday cottage as we had run them before. On top of that we just thought it was a very pretty house.”

The holiday cottage has proven to be highly successful, seeing numerous regulars return each year, with some even enjoying a stay two or three times a year. As well as transforming the stables and garden, the couple have completed myriad other works including constructing a conservatory and annex. 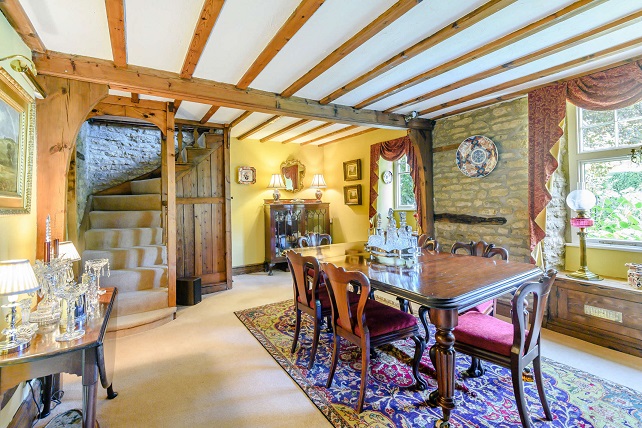 Looking at the property in more detail, when stepping into the main stone and brick-built cottage, Sunnyside, one will be greeted by the entrance hall featuring a carpet and tiled floor, wooden glazed door, an original art nouveau window with stained glass, under-stair cupboard, dado rail, panelled wall and featured beamed ceiling.

On this floor one will find Chris’ favourite room in the home, the dining room. The large space really shows the history of the abode, which was originally lived in by the Brattleby estate woodman who carved the quirky staircase with little hearts in the spindles as you ascend to the study, and the timber features in this room. The quaint dining room also hosts two wooden windows with window seat to one, exposed brickwork, an original fireplace with wooden pews, a beamed ceiling, and under stairs cupboard. 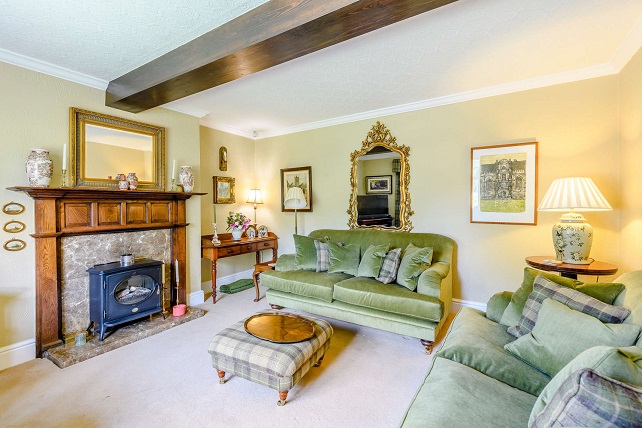 The carpeted lounge can also be found on the ground floor – holding its original fireplace with wooden surround, a wooden window with seating, and cornicing – in addition to a bedroom, shower room, conservatory, and the kitchen diner with its tiled floor, fitted wall and base units, and gas fired Aga. It also hosts integrated appliances including an oven, dishwasher, Belfast sink, four ring gas hob, extractor fan, space for a fridge freezer, and feature beams. Up on the first floor is the aforementioned study, two bedrooms – one with an original fireplace and walk in wardrobe – and a bathroom with Amtico floor, roll top bath, low level WC, vanity wash hand basin, original fireplace, and wood panelled walls. 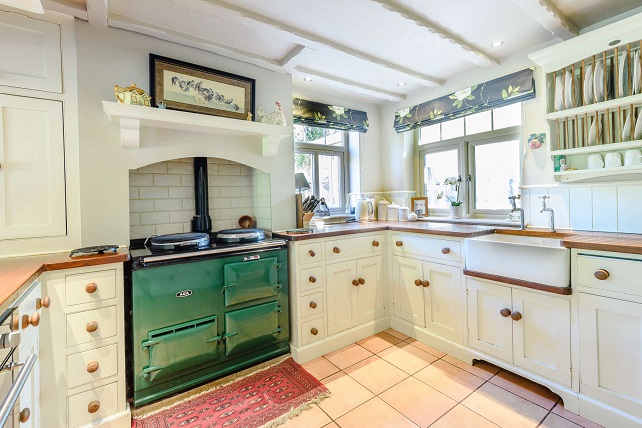 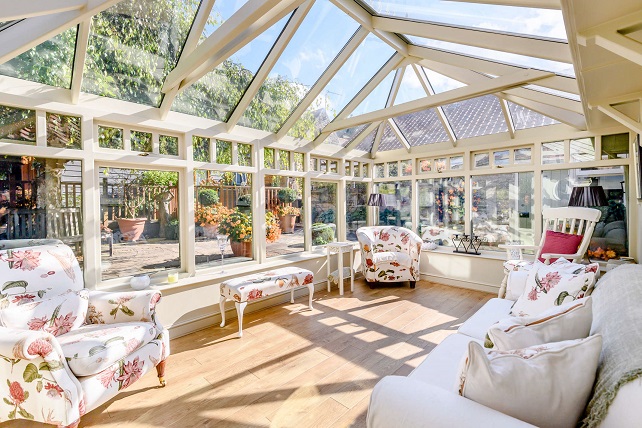 Outside, the mature gardens provide a lot of different areas which attract an abundance of squirrels, hedgehogs, birds, foxes, frogs, and toads. The holiday cottage has its own cottage garden with box hedging and herbaceous plants, and a peaceful bench sits at the end of a little footpath which looks back at the house. 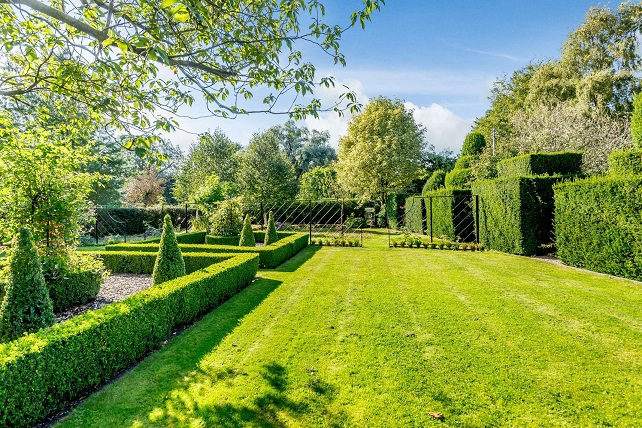 Meanwhile to the front there is a gazebo which Chris and Jerry note is lovely for sitting and entertaining in. A more formal area offers lots of topiary, lawn, and box hedging with pyramid box shrubs in the middle and obelisks with roses and clematis growing up. This is sectioned off with trellising.

Additionally, at the very end of the garden is a wild garden, with a wildlife pond, and a wildflower meadow, presenting a nice contrast to the other formal aspects of the outside space. There is also room for vegetables to be grown, trees, a green house, summer house, workshop, a gravelled driveway with plenty of spots for parking, and more to explore. 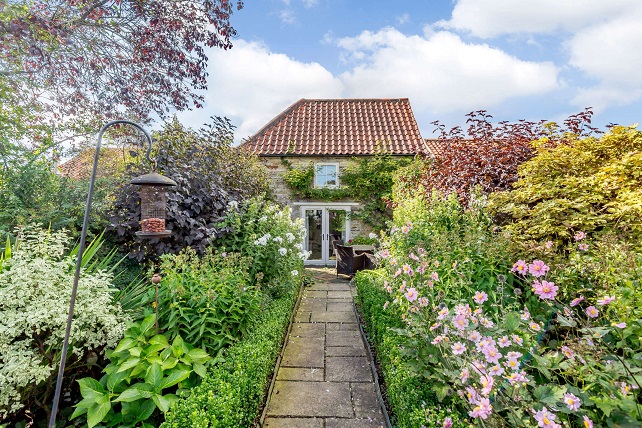 Peeking into The Stable, one will see open plan living on the ground floor, with the main space being the kitchen/reception room. Hosting a laminate floor, wooden stable door and window, fitted wall and base units, integrated fridge and oven with four ring halogen hob, extractor fan, sink and drainer, and a beamed ceiling, the ground floor of The Stable also holds a bathroom with its tiled floor and walls, low level WC, vanity wash hand basin, bath, mains shower, and heated towel rail. On the first floor of The Stable, two bedrooms can be discovered.

Furthermore, the single-story Dacres Lodge also provides an open plan living kitchen. This sits alongside a bedroom and ensuite shower room. There is also a raised patio area outside, great for catching the evening sun. 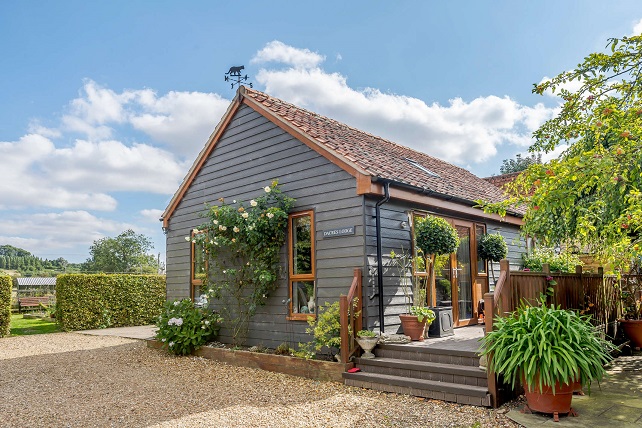 Despite adoring the property, Chris and Jerry are now selling. When asked why, Chris explained: “We actually hadn’t been looking to sell, and recently received planning permission to reconstruct our conservatory into more of an orangery and have the kitchen redesigned, but then a house came on the market that we have always loved and we just decided to go for it.” Sunnyside is on the market with Mount & Minster at a guide price of £650,000.

See this feature in the November edition of Lincolnshire Today here.

Just click here to subscribe and in the meantime may I wish you the very best.
Previous articleFree parking approved for Christmas events in West Lindsey
Next articleSkegness learners get a taste of engineering and construction at Roman Bank
Advertisment

Litterers have been fined 1,846 times in the past year as part of North Lincolnshire Council’s crackdown on environmental crime. Enforcement officers have issued the...

The Omicron Hospitality and Leisure Grant (OHLG), aimed at supporting those businesses in the hospitality, leisure, and accommodation sectors most impacted by the COVID-19...

Win this brilliant bundle to bring birds to your garden

There's nothing quite like hearing the chirping of birds, watching them glide gracefully and flit about the garden. Lincolnshire Today is therefore delighted to be...

Two play areas have been refurbished after developers chipped in thousands of pounds as part of the planning process. Local councillors, South Kesteven District Council...