Take a tour of this magnificent manor house

Placed in the village of Fishtoft, up a long driveway flanked by lawned gardens, is an impressive 18th century manor house. Set behind electric gates, in just over one acre of mature grounds, the Grade II listed, three storey property is a mere three miles from Boston, and in close reach of Spalding, Skegness, and Grantham.

Holding an intriguing history, Fishtoft Manor has been a country club, various restaurants, a popular venue for wedding receptions, a hospital during the First World War, and a backdrop for the Home Guard from surrounding villages to have their group photo taken in the Second World War.

Now a stunning red brick family home, when the Thompsons arrived at the period property in 2005 it was more or less derelict. Despite this, the owners were taken by the abode and, up for the challenge, in their 16 years at Fishtoft Manor have completed a significant amount of work.

The owners said: “It was really run down, and there was planning to build four houses on the grounds, but we just loved the house.” They continued: “We have completely renovated it from top to bottom. It had the old 60s add-ons at the back which we demolished, so we only have the Georgian and Victorian parts of the house now, and while it was initially a six-bedroom home, we converted them into 5 bedrooms all with en suites.” 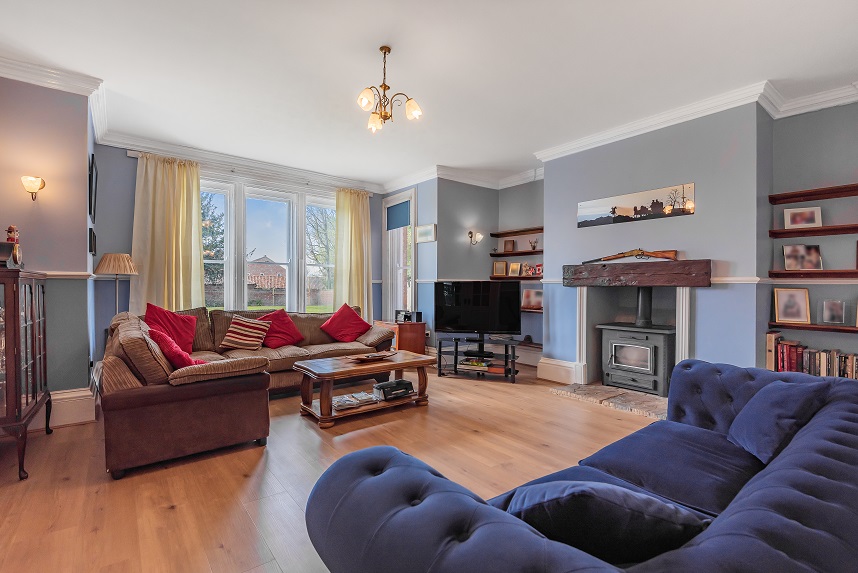 If taking a tour of the home, one will step through double doors into the entrance porch and move through to the hallway with its tiled flooring. To the left one will discover a reception room with dual aspect windows, coving, dado rail, and a focal fireplace with log burner. From here one can reach the owners’ favourite room, the snug, with its laminate flooring. Meanwhile, over to the right of the hallway is the light and bright formal dining room featuring three windows, exposed wooden flooring, dado rail, coving, and an open fireplace with a stone hearth and elegantly detailed wooden surround. 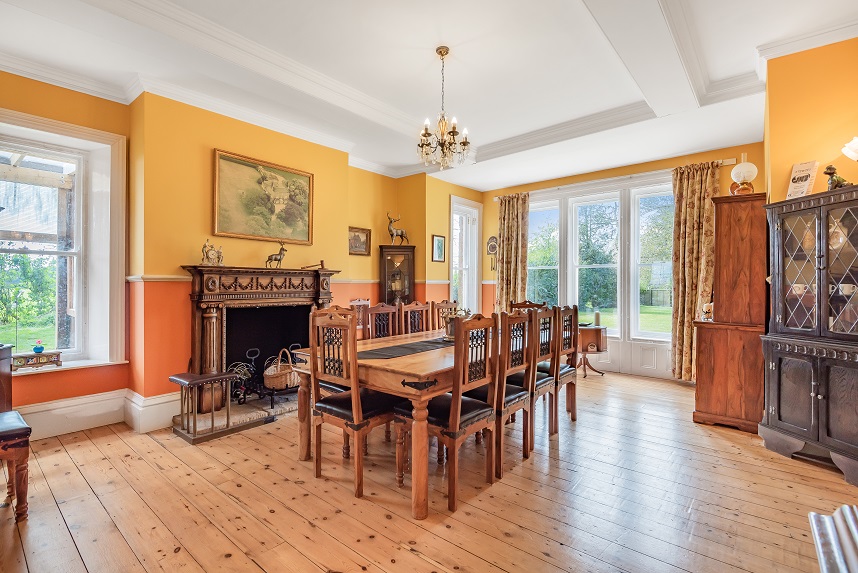 The “fantastic” kitchen/breakfast room is also on the right-hand side of the house, holding a range of fitted units with work surfaces and integrated appliances including a fridge freezer, dishwasher, wine cooler, Rangemaster cooker with extractor hood, and 1 1⁄2 bowl sink with mixer tap. The room also boasts exposed ceiling beams, Karndean tile effect flooring, and two windows to the rear and side, allowing light to flood in. A cloakroom and useful utility room sit on the ground floor too. 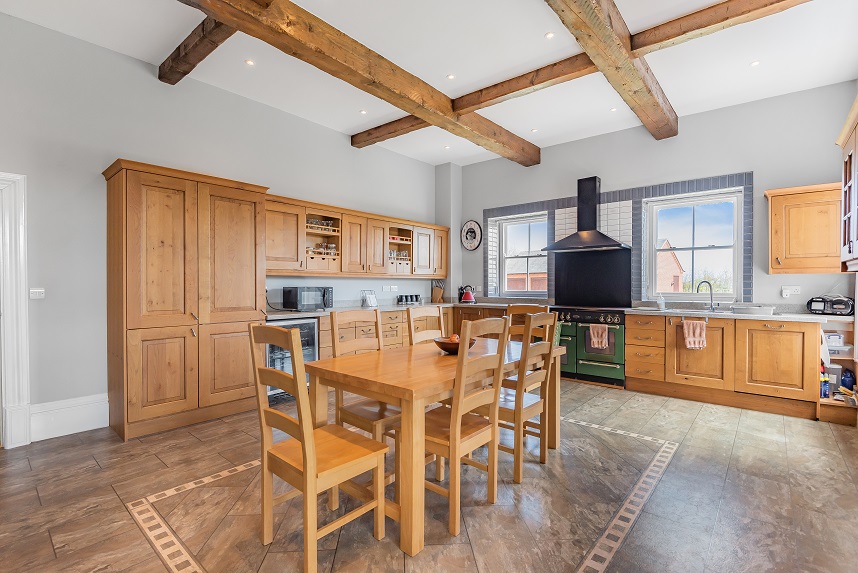 Travelling up to the first floor, one will find three bedrooms – all with fitted wardrobes and en suites – and an office. A further two bedrooms with en suites, meanwhile, take up the second floor, alongside a plant room. 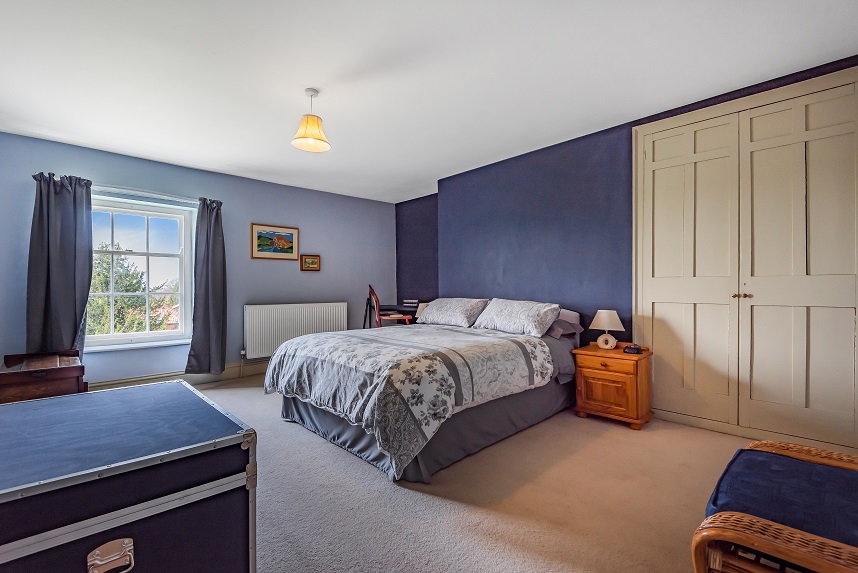 Outside of the character home, which is located in a conservation area, there are gardens to three sides, all laid to lawn, with a lot of trees as well as a decked patio area, a covered BBQ area and a timber log store. Additionally, to the rear, there is a further enclosed garden area with an open outlook. The gardens also attract a wealth of wildlife. The owners noted: “We have our resident squirrels and get a lot of birds. We have a pheasant that is here every single day, and we have a muntjac on a regular basis.”

Separate from the house there is, at the rear, a detached garden room, with two sets of double doors to the front and a door to the side. Inside are fitted base units with worksurfaces, a sink, and tile effect flooring. Connected to the double garage, there is also a WC. 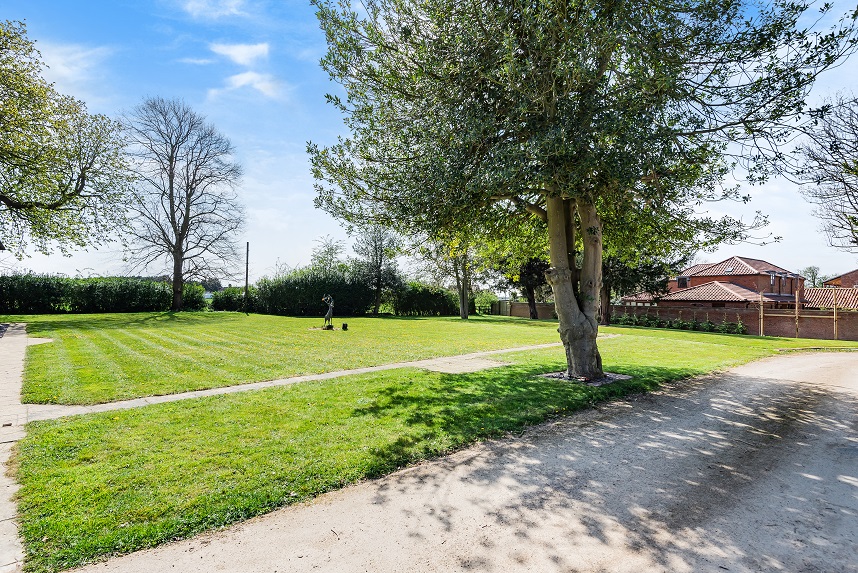 Though they have loved their time at the home, the Thompsons are now selling. “We’re both getting older, getting close to retirement age, and we just need to downsize. It’s simply too big for just the two of us,” they said. The couple added that there remains much potential for the property, and that it would even make a great boutique B&B. Fishtoft Manor is on the market for £750,000 with Rural Scene.

See this article in the September edition of Lincolnshire Today here.

Just click here to subscribe and in the meantime may I wish you the very best.
Previous articleRAF super cyclist sets sights on final leg of 5,600-mile challenge
Next article‘Allo ‘Allo! Star Vicky Michelle will make your wishes come true in the godmother of all pantos
Advertisment

The number of Coronavirus cases in Greater Lincolnshire has increased by 10,495 in the past two weeks. As of Sunday 17 October a total of 127,863...

After a trying year for adults and children alike – whether struggling with remote working or weathering mock exams after learning from home –...

The countdown to Christmas has started, and National Trust’s beautiful Belton House in Lincolnshire is getting ready to welcome its glittering Illuminated Trail back...

The Grove Care Home in Waltham near Grimsby is delighted to share the news that a member of their care team has been shortlisted...