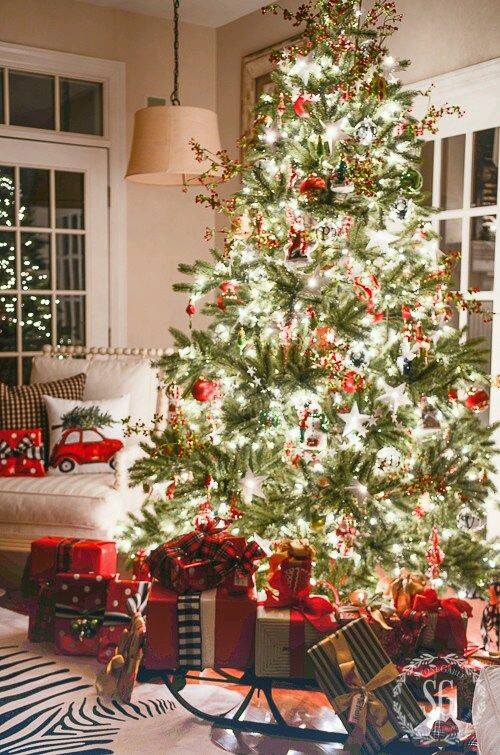 How many readers have sat and wondered where our Christmas traditions originate?

Weave all heard of St Nick, but when did we start bringing in trees to decorate, only for them to shed needles all over the floor ? Who thought of it and how did it catch on?

Well it all starts with the winter solstice, which usually falls on the 21st or 22nd of December – a time when we experience our shortest day and longest night. The evergreen fir tree was used, at this time of year, to celebrate winter festivals (pagan and Christian) for thousands of years. Pagans used branches of it to decorate their homes during the winter solstice, as it made them think of the spring to come. The Romans used Fir Trees to decorate their temples at the festival of Saturnalia. Christians use it as a sign of everlasting life with God.

However, the custom of decorating an entire tree was still unknown in Britain until the 19th century. Some say it was George the III’s German-born wife, Charlotte of Mecklenberg-Strelitz who, gave a party for children and used a decorated tree to add to the ambience.

Others point to trees becoming popular in 1848, after an artists drawing appeared in the London Illustrated News of Prince Albert – Queen Victoria’s German husband – having a Christmas Tree set up in Windsor Castle. The publication of the drawing helped what was largely a German tradition become popular in the UK.

In Victorian times, the tree would have been decorated with candles to represent stars, whereas in Germany, Christmas Trees were decorated with edible things, such as gingerbread and gold covered apples. Glass makers then began to make small ornaments similar to some of the decorations used today.

Their use at public entertainments, charity bazaars and in hospitals made them increasingly familiar however, and in 1906 a charity was set up specifically to ensure even poor children in London slums ‘who had never seen a Christmas tree’ would enjoy one that year.

However, following the horrors of World War 1, the tradition could have easily died as anti-German sentiments impacted on their popularity. Fortunately, the effect didn’t last too long and by the mid-1920s the use of Christmas trees had spread to all classes.

There were a few mishaps though as, initially real candles were used and until someone came up with the invention of electric lights fires were far too common.  Nonetheless the tradition remained popular and by 1933 a restriction was placed on the importation of foreign trees. This led to the ‘rapid growth of a new industry’ – the growing of Christmas trees within Britain and today, the number of trees grown in Britain is in their millions; despite the abundance of artificial trees!